Warning: This is unfinished work in progress. I hope it can nonetheless be of use.

Most of them suffer from a combination of these diseases. Domain-Driven Design can help transform such systems into a healthier state.

In Refactoring, Martin Fowler describes many standard refactorings; Database Refactorings complements that book on the data side. Josh Kerievsky shows in Refactoring to Patterns how to refactor to the patterns from the Gang of Four’s Design Patterns. On this page, I’m collecting refactorings that help to introduce patterns originally described in Domain-Driven Design by Eric Evans, Patterns of Enterprise Application Architecture from Fowler, and others. The catalog is split into three categories:

In the descriptions I follow the classic Fowlerian format of Introduction/Motivation/Mechanics/Example(s).

When dealing with a legacy system, generally two strategies exist:

The idea of strategy no. 1 is that the new system will be build on a greenfield in a clean and save space. Eventually we “just flip the switch” and—snip—a new world is there. Since this reminds of the creation of the universe by the Big Bang this is called a big bang replacement. The steps of this approach are depicted in the following picture:

While it might sound reasonable in theory, practice shows that this approach is problematic. That’s why strategy no. 2 is often preferred. Step-by-step functionality is build or transformed into the new system. As early as possible the users use both the systems. Such a pattern is called a strangler fig application and the evolvement is shown in the following picture:

The functionality in the new system can be the result of either caring out existing functionality from the old system, building it from scratch or replacing it with standard software. 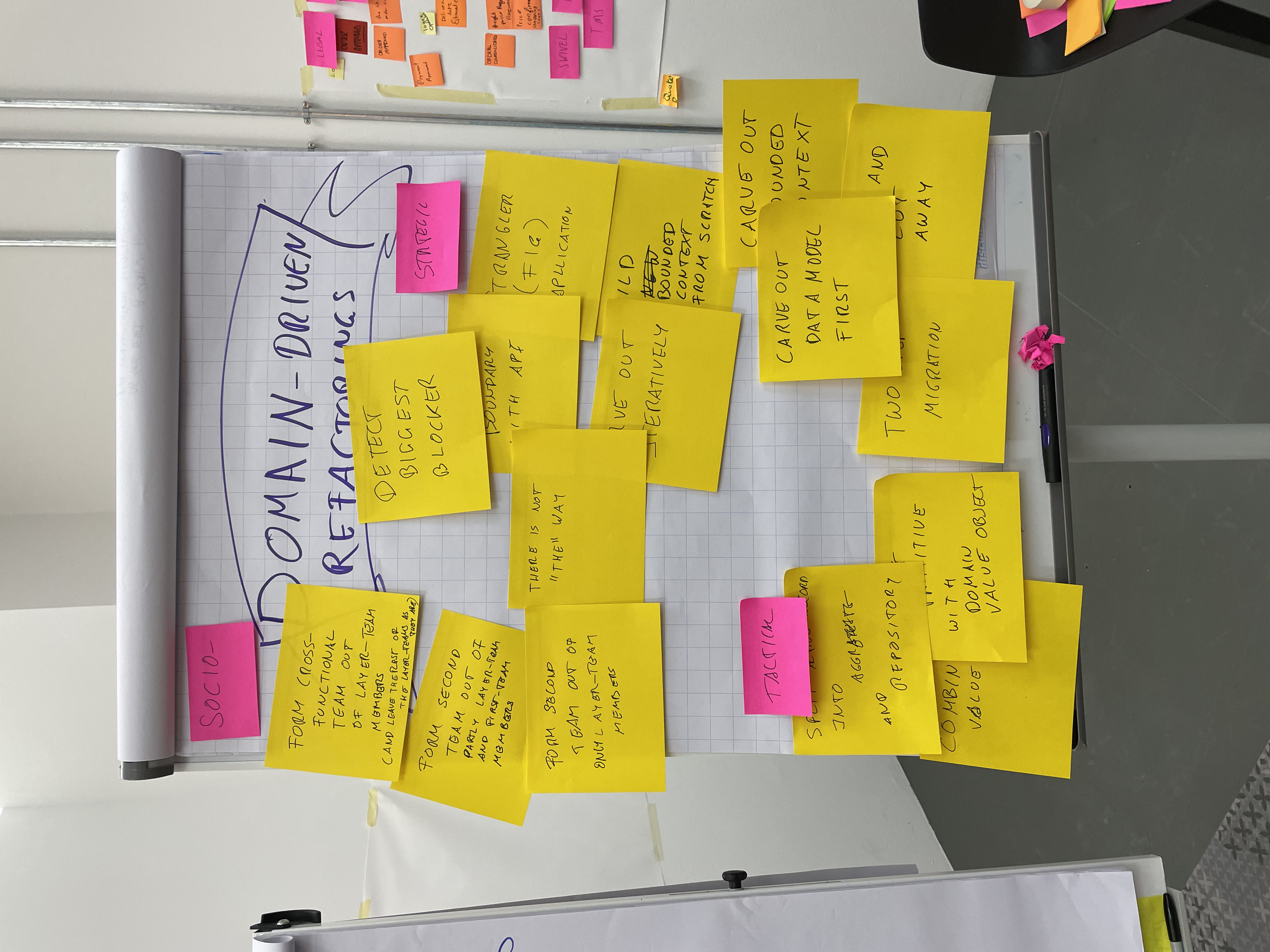 I thank the participants of the open space “Domain-Driven Refactorings” at KanDDDinsky 2021 conference. As you can see on the right, many of the above described refactorings have been collected there.